Brock and Mrs Vine discovered some bees on the potting mix where we have planted our poppies.  They were getting a drink. Mrs Vine told Brock to be careful because bees can sting. Brock made up a little song about bees stinging. 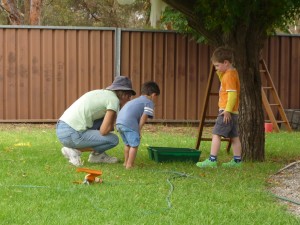 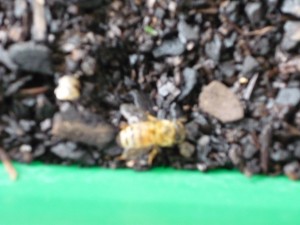 We watched a DVD on how bees make honey and looked at a YouTube clip to learn further. 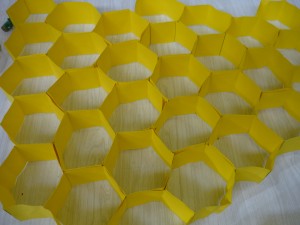 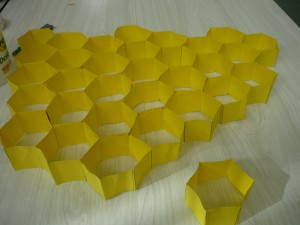 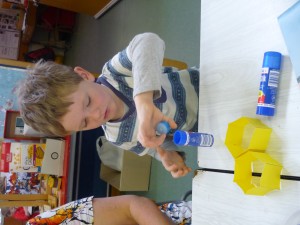 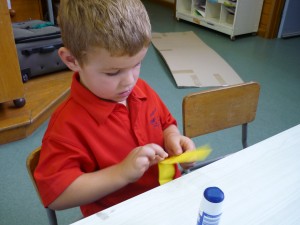 We made lots of hexagon shapes and glued them together to make a honeycomb. 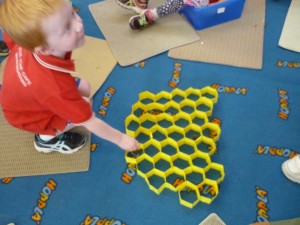 We discussed how the bees collect the nectar.  They have a very long tongue like a straw, called a proboscis, and they suck the nectar into their stomach and then they bring it back up and spit it into the honeycomb.  We simulated a proboscis at morning tea with a flower, straw and watered down apple juice. 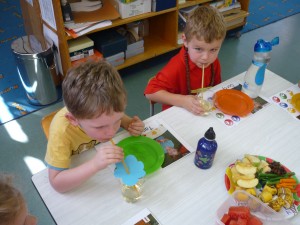 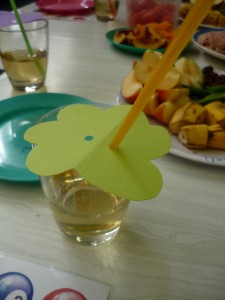 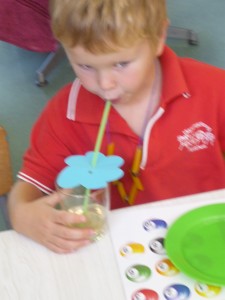