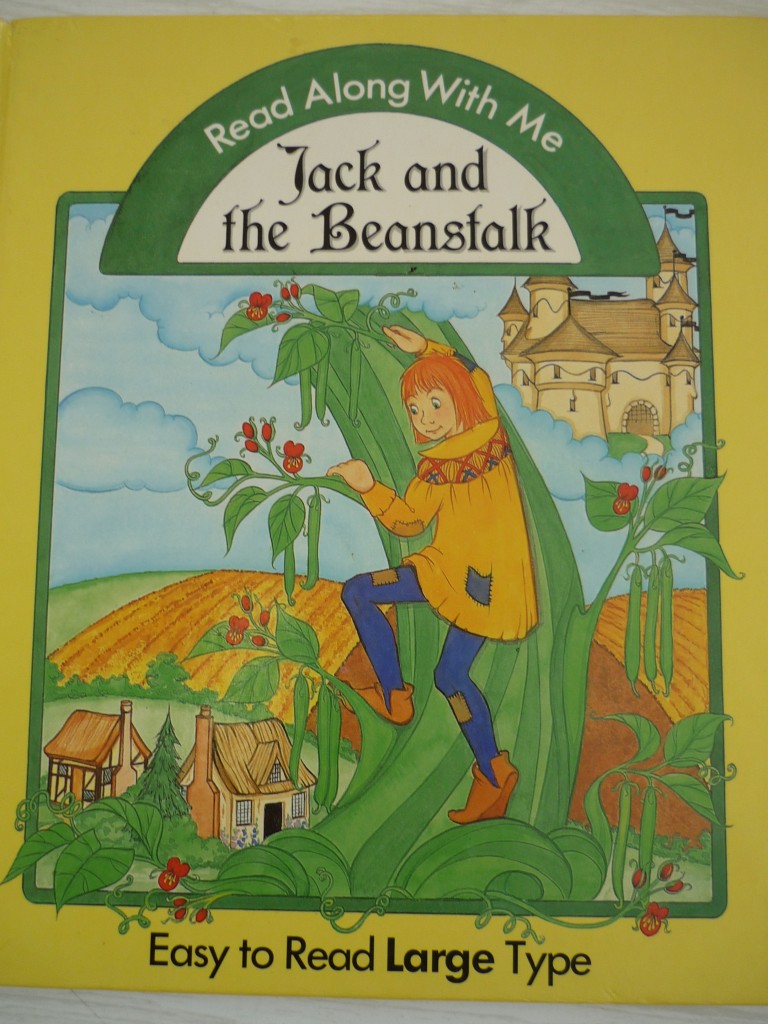 The week we have had fun with Jack and the Beanstalk.  Fairy Tales and Nursery Rhymes never lose their popularity with children.  These stories for children were originally told verbally, then they were put into print and published, then coloured pictures were added and now these traditional tales are on YouTube!  We have read the story, acted it out and watched the story on YouTube this week.  Some found the Giant a little bit scary.

As a group we made a beanstalk with all the green things we could find – we used paper, pipecleaners, cellophane, crepe paper, fabric, felt and wool.  Some children also made their own Beanstalk collages – they used crayon, real gum leaves and plastic bits for magic beans.  The older children had a go at retelling the story for a teacher – using pictures as prompts.  Next week we will make a Giant and a Jack to finish the picture. 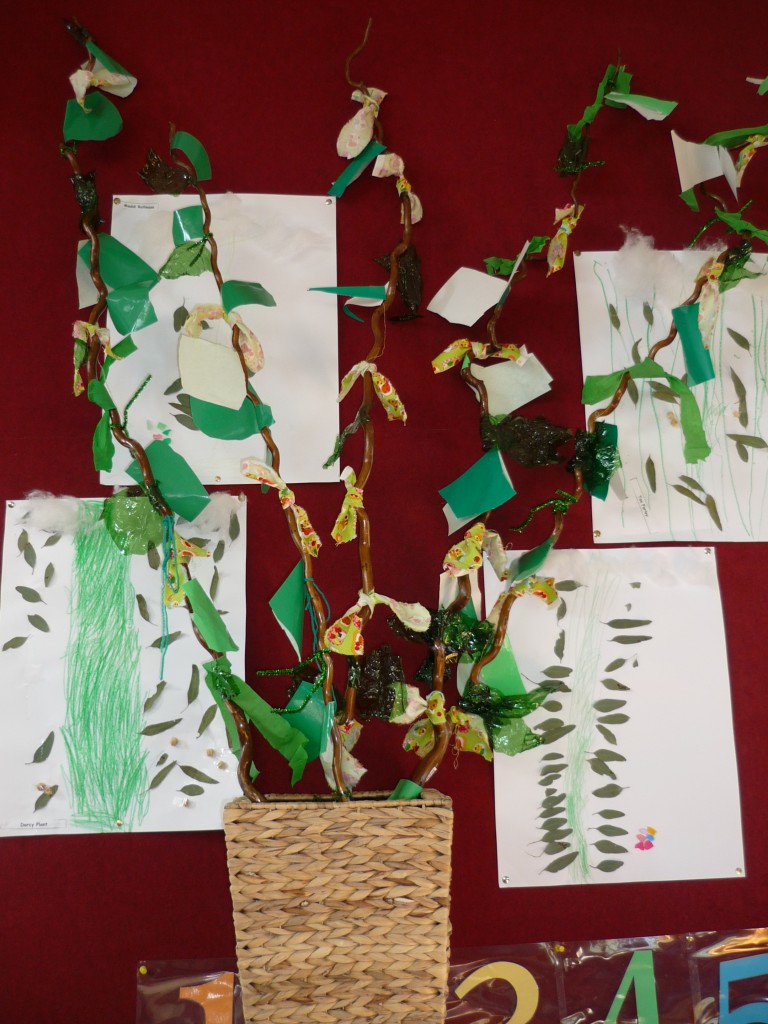 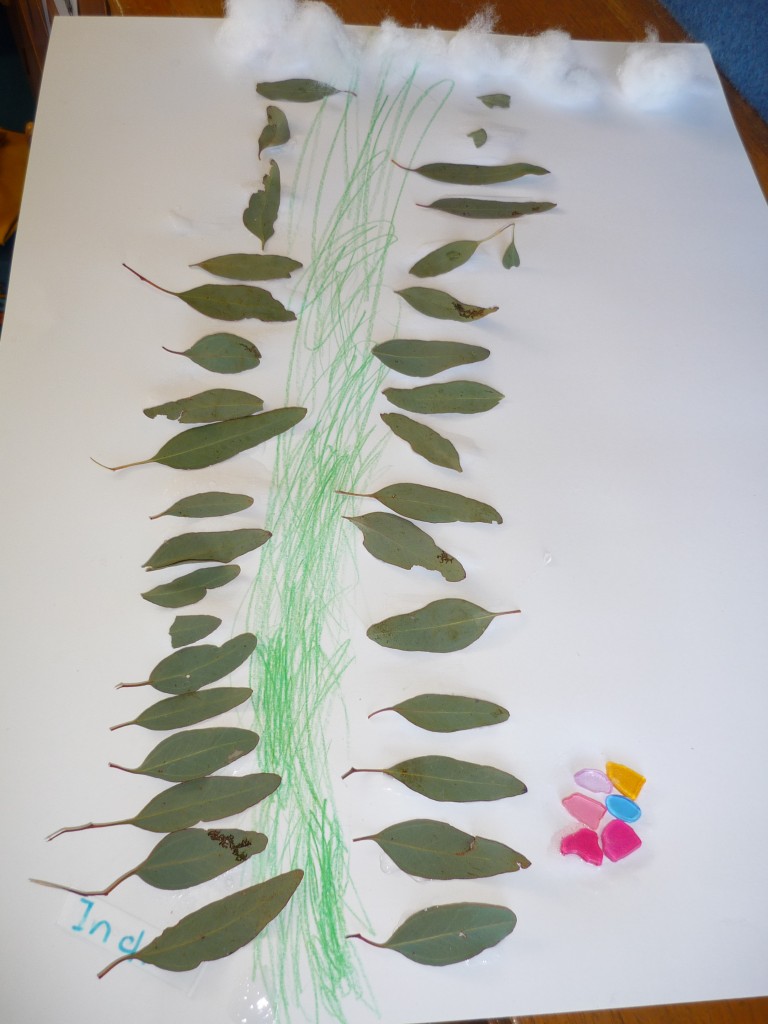 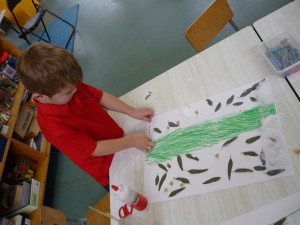